Wouldn’t it be helpful to know if other cloud users are seeing the same or similar attacks that you are? Security intelligence about cloud applications beyond just those you own and operate as an enterprise opens up a new dimension in attack visibility against even large sets of cloud apps.

This week I talked with David Andrejewski, senior engineering manager at Sumo Logic, on DevOps Chat. Sumo Logic announced their Global Intelligence Service for Amazon GuardDuty this week in Boston at AWS re:Inforce. 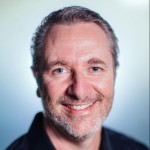 Translating Tech for the Executive Suite